Oil Rig Workers, Workers on the Water, Seamen, fishermen, ferry workers, and other crewmen work in extremely dangerous conditions and are frequently at risk for serious injuries.

The Jones Act and other maritime laws are designed to protect seamen by providing compensation for injuries suffered on navigable waters such as rivers and gulfs.

Wrongful death claims may also be brought based on the Jones Act and General Maritime Law. If you are seriously hurt while working on a vessel or oil rig, you need to hire an experienced maritime law attorney to protect your rights.

At the Jack Bailey Law Corporation our experienced personal injury attorneys represent the victims of injuries that are covered by the Jones Act and other maritime laws, including the Longshore and Harbor Workers Compensation Act. Our firm understands the unique challenges presented by injuries on commercial boating vessels and works hard to provide effective legal service that achieves our clients needs.
Understanding the Jones Act and the Longshore and Harbor Workers Compensation Act is important for the victims of injuries on commercial boating vessels.

The Jones Act is a federal law that provides seamen with remedies against their employers for any injuries that occurred while working on a vessel and were the result of negligence on the part of an employer or coworker. The Jones Act only applies to seamen who are in service on a ship. The Act holds employers liable for the negligence of employees for which the employer is responsible, including independent contractors.

The Longshore and Harbor Workers’ Compensation Act provides a type of workers’ compensation benefits for maritime workers who are injured on navigable waters. It covers many seamen who are not covered by the Jones Act but still are entitled to disability benefits. This Act provides medical and disability benefits, as well as rehabilitation services for injuries that were sustained on the job.

Seamen injured aboard ship have three possible sources of compensation: the principle of maintenance and cure, the doctrine of unseaworthiness, and the Jones Act.

The principle of maintenance and cure requires a ship owner to both pay for an injured seaman’s medical treatment until maximum medical recovery (MMR) is obtained and provide basic living expenses until the completion of the voyage, even if the seaman is no longer aboard ship. The seaman is entitled to maintenance and cure as of right, unless he was injured due to his own willful gross negligence. It is similar in some ways to workers’ compensation.

The doctrine of unseaworthiness makes a ship owner liable if a seaman is injured because the ship, or any appliance of the ship is “unseaworthy,” meaning defective in some way. The Jones Act allows a sailor, or one in privity to him, to sue the shipowner in tort for personal injury or wrongful death, with trial by jury. The Jones Act incorporates the Federal Employers Liablity Act (FELA), which governs injuries to railway workers, and is similar to the Coal Miners Act. A shipowner is liable to a seaman in the same way a railroad operator is to its employees who are injured due to the negligence of the employer. The statute of limitation is three years.

Not every worker injured on board a vessel is a “seaman” entitled to the protections offered by the Jones Act, doctrine of unseaworthiness and principle of maintenance and cure. To be considered a seaman, a worker must generally spend 30% or more of his working hours onboard either a specific vessel or a fleet of vessels under common ownership or control. With few exceptions, all non-seamen workers injured over navigable waters are covered instead by the Longshore and Harbor Workers’ Compensation Act, 33 U.S.C. §§ 901-950, a separate form of workers’ compensation.

Employees who are injured on the job only have a period of 30 days to notify their employers of their injuries. Contact the Jack Bailey Law Corporation at (318)222-5200 or 1-800-256-8616 as soon as possible to get the representation that you deserve for your maritime law claims. We will protect your rights and work to get the compensation that you need for your recovery. 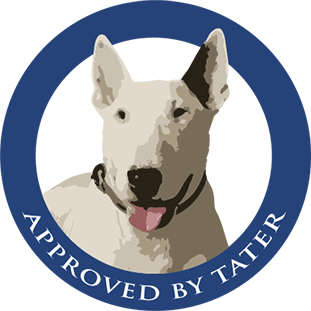